Just the other day I was conversing on my Twitter timeline with a lady who was grieving the loss of her father. Her fear that after the funeral and with people getting back with their own lives, her dad would be forgotten. This was a very legitimate fear. Using my own dad as an example I encouraged her that people will still remember her dad. My own dad died over 46 years ago, and people still talk about him. Each year it becomes a little bit less however. Unfortunately because the people who knew my dad well are also dying off. Experts at the Population Reference Bureau estimate that 107 billion people have lived on our planet throughout history. We are born. We live out a certain number of hours and days. And then we die. We hope that we will be remembered as a good person. 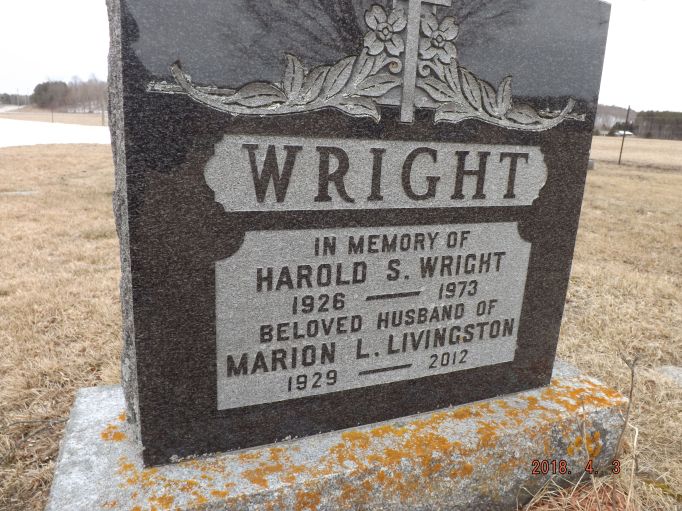 I slip over to the cemetery where my dad and mom are buried a few times a year to honour them, pay my respects and remember them. Image Source

Every December Time Magazine announces what is known as the “Person of the Year”. Since Charles Lindbergh became the 1st one given the distinction in 1927 after the first solo Transatlantic flight, our world has been influenced by some very important names. In 2019 the “Person of the Year” was Swedish environmental activist on climate change Greta Thunberg. Her speeches have made a worldwide impact including a speech at United Nations COP24 in Katowice, Poland. She addressed the Secretary-General and made a plenary speech that went viral and was shared many million times around the globe. 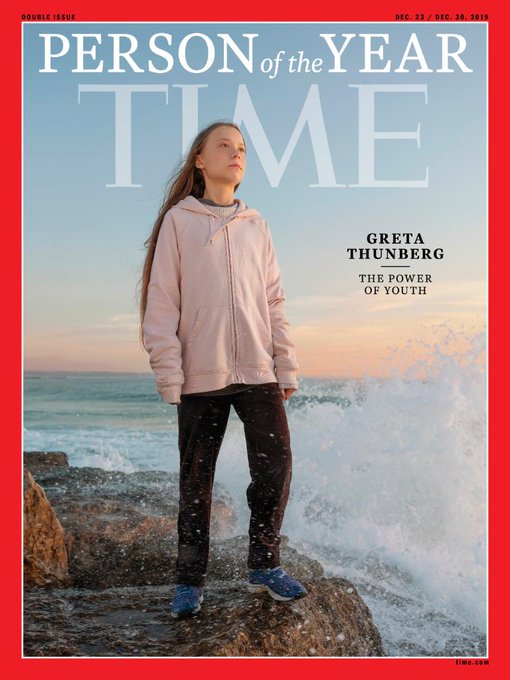 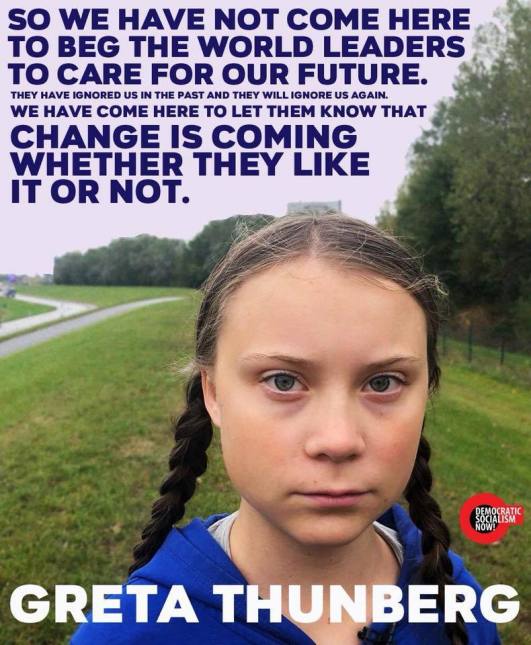 In a world of over 7 billion people, this is an incredible distinction. My guess is that Greta Thunberg would be very honoured to be featured on the cover of Time Magazine. When I went through the many names during the 93 years Time Magazine has been doing this, I learned that “Person of the Year” isn’t always supposed to be an honour. Rather it is a person, group, idea or object for better or for worse that has done the most to influence the events of the year. The three following individuals were given the title “Person of the Year” because of their influence on the world.

Ayatollah Khomeini’s funeral in 1989 has the distinction of being the largest in history. Twelve million people were in attendance. Image Source

Sayyid Ruhollah Musavi Khomeini (in the Western world was known as Ayatollah Khomeini). He was the founder of the Islamic Republic of Iran and the leader of the 1979 Iranian Revolution, which saw the overthrow of the last Shah of Iran, Mohammad Reza Pahlavi, and the end of the 2,500 year old Persian monarchy ( a monarchy which dates back to centuries before the birth of Jesus Christ). With Khomeini leading the 1979 Iranian Revolution, establishing himself as Supreme Leader, he was “Man of the Year” for Time Magazine in 1979.

Joseph Stalin was leader of the Soviet Union from 1925 until his death in 1952. He pushed through an accelerated and brutal industrialization, successfully waged war against Nazi Germany, and contributed to the division of Eastern from Western Europe in the 1940s. Despite deporting, exiling, or executing millions of peasants who resisted state expropriation of their land and produce, many Russians still respected him. This is shown by the large crowd at his funeral. Which is hard to fathom. Over 100 people died in the crush of people at Stalin’s funeral. Stalin was Time Magazine “Man of the Year” in both 1939 and 1942. 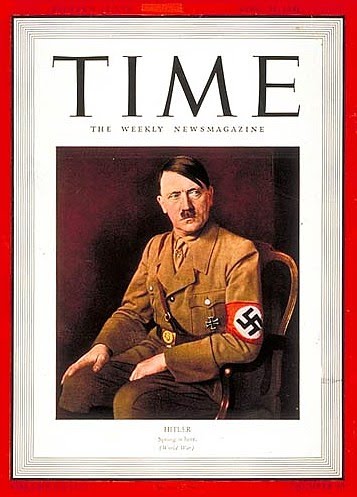 Adolf Hitler was a German politician and leader of the Nazi Party. During his dictatorship from 1933 to 1945, he initiated World War II in Europe by invading Poland on 1 September 1939. He was closely involved in military operations throughout the war and was central to the perpetration of the Holocaust. Hitler’s actions and ideology are almost universally regarded as evil. Historian Sebastian Haffner claims that other than Alexander the Great, Hitler had a more significant impact than any other comparable historical figure, in that he too caused a wide range of worldwide changes in a relatively short time span. In 1939 Adolf Hitler was Time Magazine “Man of the Year”. Not to honour him, but because Hitler had the most influence on the events in the world. 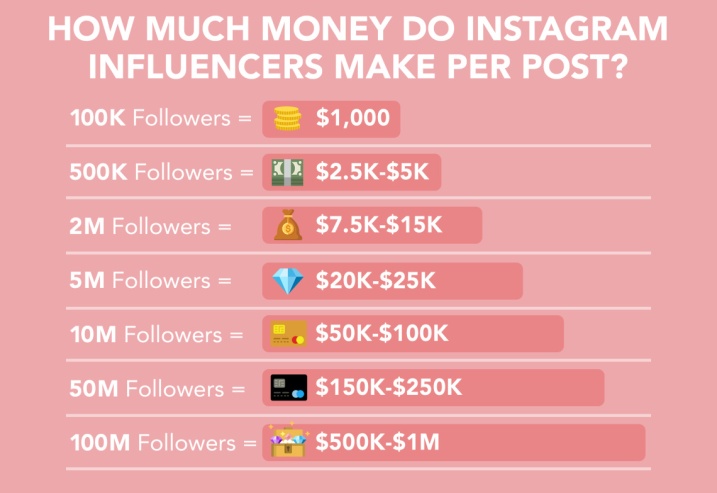 The reason why influencer marketing is getting very crowded on social media. Image Source

We may not have a household name like Greta Thunberg who is known throughout much of the world. But we are known to our own world around us. Whether it is our friends, family, co-workers or neighbours, our actions and the words that we speak do have an influence to those around us.  The word influence means, “the capacity to have an effect on the character, development, or behavior of someone or something. The word influence can sometimes be used for a self-centered thirst for power. It is sometimes seen on social media as “Influencer Marketing“. Find your Niche. Build your Brand. Create a Unified Presence. Publish your Content. Put Your Personality Across. Engage with your Audience. Network, Network, Network. The goal is to stand above the others in a very crowded influencer market. More likes. More shares. More replies. More comments. More influence equates to more money in your pocket.

Completely opposite from what you might see in Influencer Marketing, Jesus’s Sermon on the Mount (The Beatitudes) established a fresher paradigm in ethics and morals . Image Source

My dad was a positive influence in the farming community of Oro Township. Always helping, always encouraging, always lifting others up. Forty six years after he died people continue to talk about him. If there was a Time Magazine Person of the Year back in Jesus’s time, Jesus would have won hands down. And over two thousand years later, people are still talking about Him.There are more books written about Jesus than any other person in history. “Schools, hospitals, and humanitarian works have been founded in his name. Over 100 great universities — including Harvard, Yale, Princeton, Dartmouth, Columbia, and Oxford – were begun by his followers”. ** (Quoted in Bill Bright, Believing God for the Impossible (San Bernardino, CA: Here’s Life, 1979), 177-8). Slavery was abolished in Britain and America due to Jesus’ teaching that each human life is valuable. 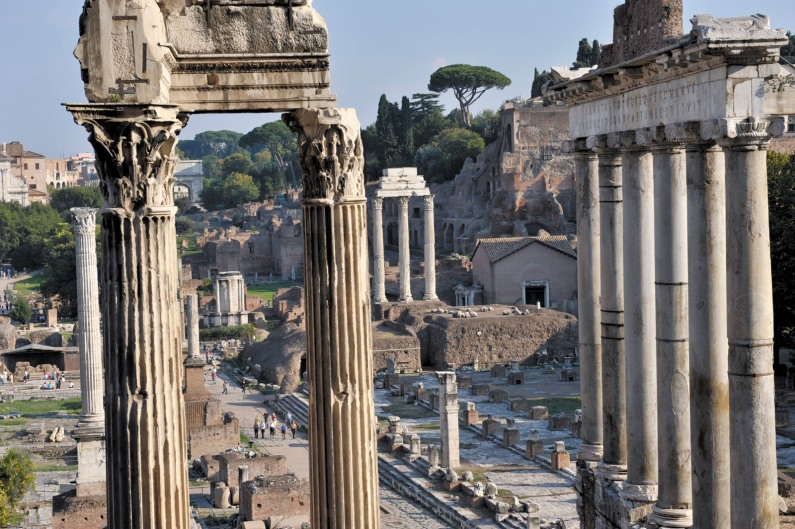 The Roman Forum in 2008, looking east toward the Arch of Titus, with the remains of the Temple of Saturn (right), the Temple of Castor and Pollux (center, with three columns), and the Temple of Vespasian (foreground); the Palatine Hill (where the Imperial Palace and main residence to the emperor) rises to the right. Image Source.

Jesus lived His life during the time of the mighty Roman Empire. Today, all we see of ancient Rome is ruins. Caesar’s mighty legions and the pomp of Roman imperial power have faded into oblivion. Yet Jesus Christ has an enduring influence that continues to this day! So how is Jesus Christ remembered? Yale historian Jaroslav Pelikan writes of him, “Regardless of what anyone may personally think or believe about him, Jesus of Nazareth has been the dominant figure in the history of Western culture for almost twenty centuries. It is from his birth that most of the human race dates its calendars. It is by his name that millions curse and in his name that millions pray.” Now that is influence. 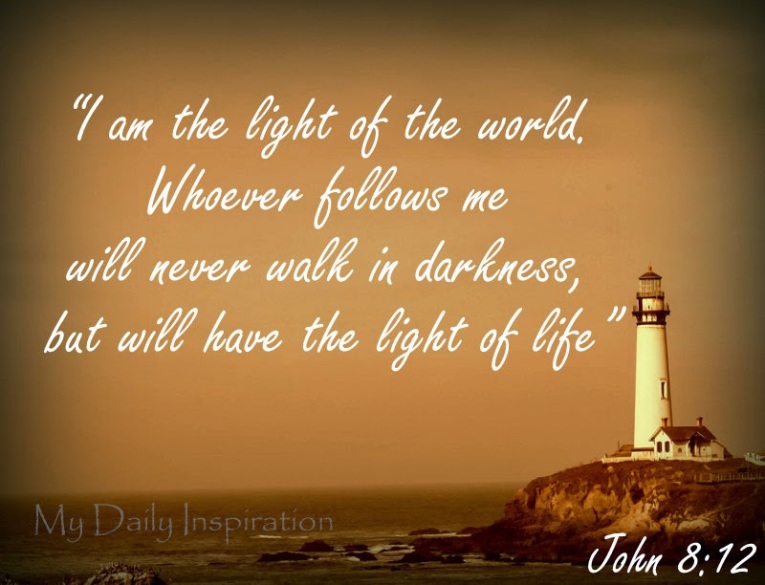 And as a Christian I do enjoy talking about Jesus Christ. Not just in how he has changed history. But also how he has changed my life personally! The following video helped me with my grief after my mom died in February 2012. It was released at the time of her passing, and I kept watching it again and again and again! On a personal note, a month later my wife and I saw Building 429 (the band in the video) in concert. I had the opportunity working with the stage crew taking down the set after. An amazing experience. And a chance to say thank you to each of the band members for helping me through my bereavement.

One thought on “How Will People Remember Me?” 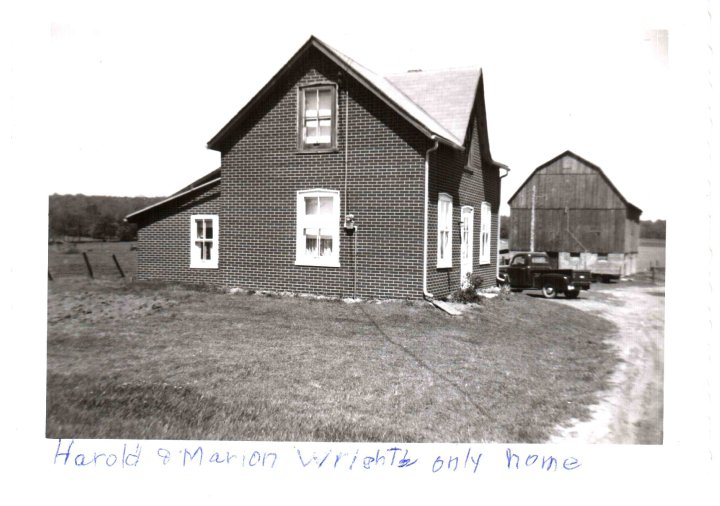 A day to remember the 1.3 million people who lose their lives annually from car crashes.