As we continue our journey through Lent towards Easter, we stop and pause at what is known as “Palm Sunday”, where Jesus rode into Jerusalem on an unbroken donkey.  A website about palm branches mentions in ancient times palm branches represented goodness and well being. 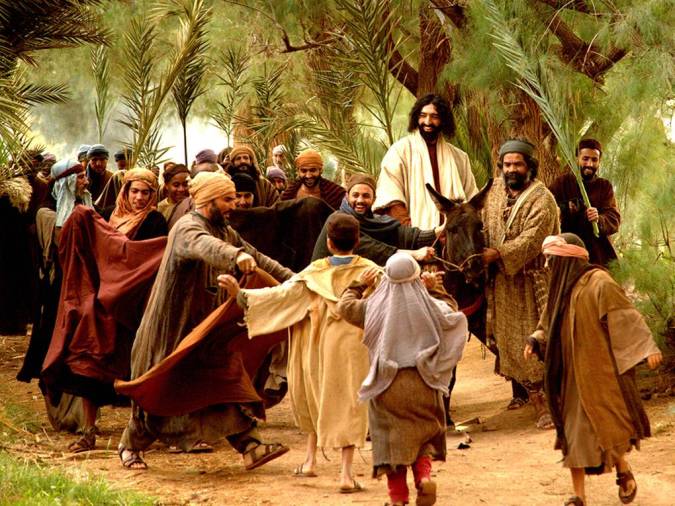 This is such a contrast to the Romans who occupied the land where Jesus lived.  The most spectacular parade of the Romans was the Roman Triumph.  Whenever a Roman general was victorious on foreign soil, killing at least 5,000 of the enemy and gaining new territory, he was given a “Roman Triumph” celebration when he returned to the city.  It was the Roman equivalent of the American “ticker-tape” parade, only with much more splendour.  Riding in a gold coloured chariot which was pulled by 4 white horses, a symbol of a warrior.  The general would display the trophies he has won.  The enemy leaders he had captured would be paraded in chains down the street behind the general.  Some would be put to death.  More info on the Roman Triumph can be found here

Being called “The King of the Jews” and stooping that low to ride on that donkey shows the humility that Jesus displayed.  Although not mentioned in scripture, Jesus could very well have been laughed and jeered at by the Roman soldiers.  They probably found it amusing.  Compared to a Roman triumph our Lord’s entry into Jerusalem was really nothing in comparison.

2 thoughts on “A Palm Sunday Parade”

My Life as a School Crossing Guard

It was such an amazing surprise farewell party at my former employment at Busch Systems just over a year ago. After walking into the crowded boardroom, all of a sudden I found myself to be the centre of attention while several speeches and then some presentations were given on my behalf. Then a beautiful cake […]