The inscription in simple letters on the outside of the box translated to English reads “Yehohanan, son of Hagakol”.  This stone box called an ossuary is housed in Israel’s National Museum.  Despite there being volumes of accounts from historians on Roman crucifixions, this is the lone piece of physical evidence that the Roman form of crucifixion actually took place.

Within that stone box contains the bones of a young Jewish man dated to be in his mid 20’s.  Whatever crime he committed against Roman authority has been lost to time, but his punishment is known. With the spike still remaining from the time it was driven through his foot it indicates he was likely crucified.  It is very interesting how this is the only surviving piece of archeological evidence on crucifixions.

In an article from The Times of Israel, writer Matt Friedman mentioned “that in the ancient world people believed crucifixion nails had magic properties, and people might have collected them like amulets”.  In looking at this particular example from Yehohanan, the way the nail is bent on the end, there is a vary good possibility it hit a knot, bent the nail and could not be removed afterwards.  Crucifixion nails are still around and sought after by collectors nowadays.  Type it is on e-bay, and many offerings will come up.  Although they cannot be proven they were used in Roman crucifixions, many times sellers refute them to be genuine.

In scripture all four gospel writers shared in graphic detail what Jesus ended up enduring as he was crucified.  The difference for Jesus was that He did NOT deserve to be executed.  As we head towards Good Friday I encourage you read with an open heart and mind for yourself the Bible about what took place that first Good Friday!.  The four Gospel accounts are Matthew 26:47-27:55, Mark 14:43-15:41, Luke 22:47-23:49 and John 18:1-19:37. 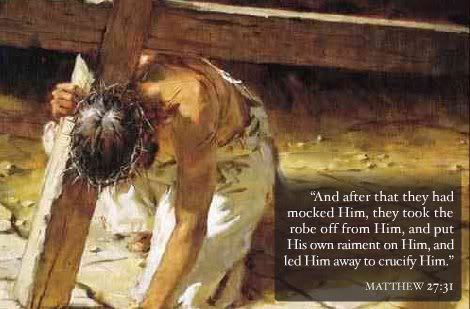