Today on August 19th is what is known as World Photo Day.  From the official website it is shared,  “No matter who you are, where you are or what equipment and skills you have, World Photo Day can help open your eyes to the possibilities of photography, and enable you to share the world as you see it”. The simple purpose of this day is for photographers from all countries and cultures to share a single photo of their world with the world. 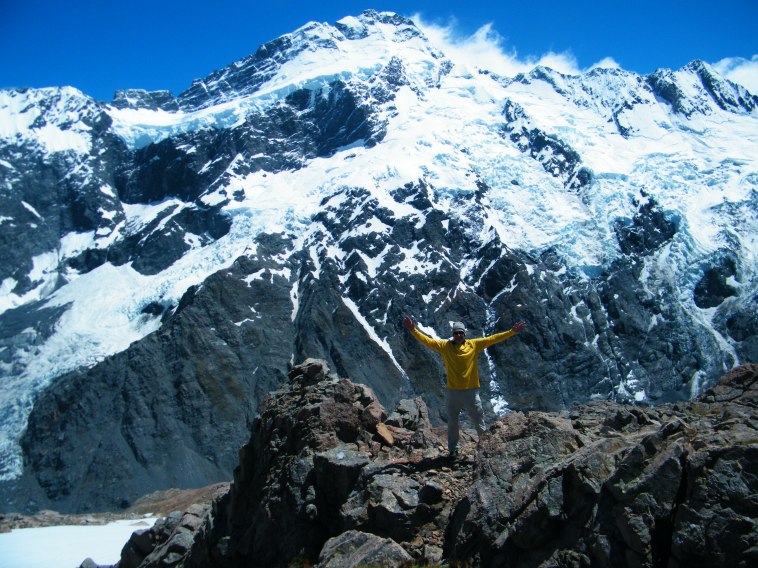 My “World Photo Day” photo taken by my daughter when I was visiting her in New Zealand last December.

Photography has changed so much in the 200 years since cameras were invented. Nowadays with the convenience and low cost of digital photography, at first glance it might seem that film photography is becoming more and more redundant. Yet an article by  PetaPixel, it lists 12 very compelling reasons why some photographers still choose to shoot film over digital.

The evolution of the camera. Image source

In our lifetime there has been some iconic photos that have literally changed the world. In particular for me is a photo taken by AP photographer Nick UT of Kim Phuc who was running out of an inferno with horrific burns from a napalm bomb attack in the Vietnam war.  That iconic picture symbolized the Vietnam War. The Pulitzer prize winning photo took on a much greater significance after I met Kim in person in 2015

Kim Phuc is one of the most amazing human beings I have ever met.

Kim Phuc now lives in Canada. After surviving the napalm burns, she was used as a propaganda tool by the Communists. She attempted suicide at 19 and survived that.  Eventually she picked up a Bible and started reading, and she became a Christian.  Although still suffering from much chronic pain, she is a much in demand speaker who shares about God’s peace and forgiveness to a world which desperately needs it. Her fitting words are making a difference in our world.

With photos and photography being something very modern, those words do not appear in the Bible. BUT the word “picture” does appear in the Bible. It is a very common practice in our society to display pictures of what are very valuable to us.  In most cases this is often our family and friends. And there is not much more valuable than silver and gold. And the writer of Proverbs describes “A word fitly spoken is like apples of gold in pictures of silver” Proverbs 25:11.

So happy World Photo Day. Take lots of pictures of all that is dear and precious to you. And may our words be “fitly spoken”. Words that build others up. Words that can bring peace and forgiveness to a world which desperately needs it.

7 thoughts on “A Word Fitly Spoken”

A Photo a Day During the Month of May

There has been so many technological advances over the few decades that has impacted the vast majority of humanity on our planet. I come from the “black and white generation”, referring to the black and white television people of my generation watched together as a family. We lived in the country, and we used what […]