“Going the extra mile” is a term that is sometimes used in everyday use as well as in business for motivation or inspirational purposes.  But many people do not realize the words were first spoken by Jesus on the Sermon on the Mount.

For athletes going the extra mile might mean giving that extra effort to win games or break records.  There are also quotes for runners about  going that “extra mile”.  Such as “The ability to run the extra mile lies in between your ears.  Keep going”.

“The Extra Mile” can be found in the form of an appreciative recognition award for a volunteer.  “The Extra Mile” can also be found in motivational and inspirational quotes on being successful in the work, career and business field.  Napoleon Hill wrote “One of the most important principles of success is developing the habit of going the extra mile” 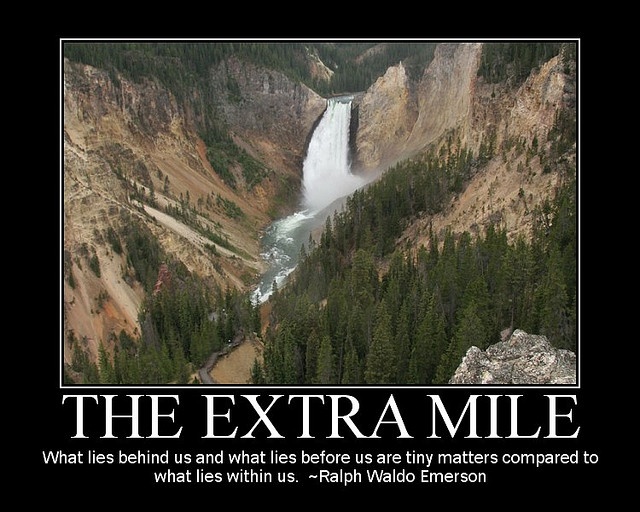 But in the context of the words of Jesus on the Sermon on the Mount being successful was never a part of the sermon.  It was all about humility.  The verse is from Matthew 5: 41, “”Whoever forces you to go one mile, go with them two or more miles”. 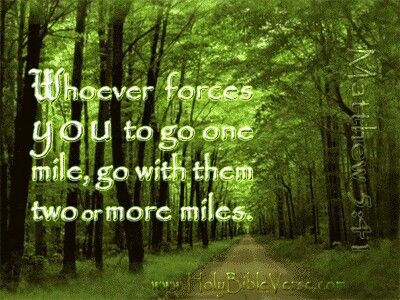 It is all about humility and serving others  It is being forced to do something that we humanly just don’t want to do.  In a world that focuses so much on success this can be tough, and it can be a very lonely road.  To put that verse into everyday context it would go something like this, “If a soldier demands that you carry his gear for a mile, carry it two miles.  Go further than the persecutor demands”. There is no promise of success at the end.  There is no recognition to be found.

But that is exactly the road that Jesus knew and travelled when he was on earth.  A road He wants us as Christians to follow also.  Matthew 20:28 says “Just as the Son of Man did not come to be served, but to serve, and to give His life as a ransom for many”.

Join 12,100 other followers
Follow My Sunday Blog on WordPress.com

World Car Free Day aims to take the heat off the planet for just 1 day by encouraging people to be less dependent on their cars & to try alternatives.